The Miami-Dade Expressway Authority has a nine member Board of Directors. The Board reflects a broad spectrum of management, business, professional, public service and government expertise.

The Miami-Dade Expressway Authority operates in Miami-Dade County with a staff of approximately 29 professionals who are committed to making your commute safer and more efficient. The agency is headed by Executive Director, Javier Rodriguez, P.E. 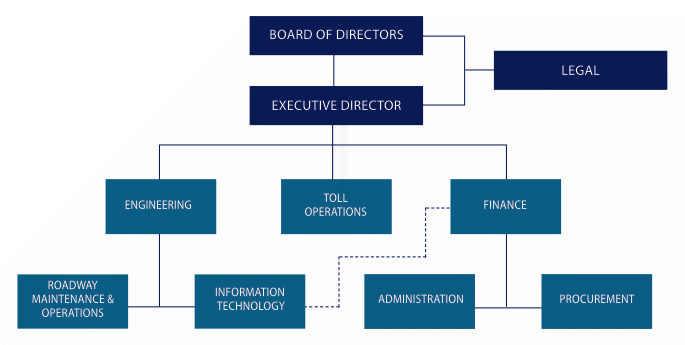 An MDC and FIU Magna Cum Laude Psychology Graduate, Commissioner Luz Urbaez Weinberg is proud of her long history of pubic service. She leads GlobComm, LLC, a communications consulting firm specializing in large-scale construction impact mitigation (CMI) Management. Most notably, Ms. Weinberg led all external and internal (CMI) efforts at the $1B Port Miami Tunnel and 9.1-acre Brickell City Center for French design-build-finance contractor Bouygues. Other current and recent notable projects include $3.8B Hampton Roads Connector Expansion in Virginia, $2B Site C in B.C., Canada, and 2M-sf Esplanade at Aventura. After more than 15 years of community volunteerism, Ms. Weinberg was elected outright to the City of Aventura Commission in March 2005, was reelected unopposed in 2010, served through term limits in November 2014, and helped establish the city's charter middle school, performing arts center and other capital projects while maintaining the lowest milage rate in the tri-county area. She also served on the board of the National Association of Latino Elected and Appointed Officials (NALEO) as Treasurer and Vice President from 2009 to 2015. Weinberg was first appointed to MDX by Governor Rick Scott in 2013, and re-appointed in 2018. She served as Treasurer on the board of TEAM FL 2017-2018. She has been unanimously and consecutively elected Treasurer of MDX by her peers since 2019. In July 2021, the Miami-Dade County Commission unanimously appointed Commissioner Weinberg to her third term on MDX. Weinberg is proud to help lead Miami-Dade's commerce and mobility through this agency's safe, reliable, convenient and efficient highway system.

Appointment : District Six Secretary of the Florida Department of Transportation

Ms. Darlene M. Fernandez has 20 years of experience in Project Management in both the Public and Private Sector infrastructure projects including design and construction management of water and storm water design projects, transportation planning, Traffic Engineering, Signal Timing and Design.

Ms. Fernandez has served as the Assistant Director of Traffic Services of the Miami-Dade County Traffic Signals and Signs Division and for the last six years. Ms. Fernandez has been tasked with overseeing both Divisions that have approximately 200 employees and an operating budget of $30 million and a capital improvement budget, which last year exceeded $35 million and is projected to be approximately $320 million over the next five years.

Commissioner Jean Monestime strongly believes that there is no greater gift than the gift of service to others. Throughout his more than 30 years as a resident of Miami-Dade County, Monestime has worked hard to achieve the American Dream, becoming the first Haitian-American to serve on the Board of County Commissioners, where he has worked to expand opportunities for others, thus paving the way for future generations.

Monestime was first elected to represent District 2 on the Miami-Dade Board of County Commissioners on November 2, 2010. District 2 includes portions of the City of Miami, North Miami, North Miami Beach, Opa-locka, and the unincorporated areas of Liberty City, Biscayne Gardens and North Central Dade. He was overwhelmingly re-elected in August 2014 for a second four-year term, and in November 2014 chosen unanimously to serve as Chairman of the Miami-Dade Board of County Commissioners for two years.

On February 20, 2015 Commissioner Monestime was selected unanimously by municipal, school board, and commission colleagues to preside over the Miami-Dade Metropolitan Planning Organization (MPO) Governing Board.

Commissioner Monestime exemplifies an active life of service. He is a former City of North Miami Councilman and Vice-Mayor. He was a Delegate to the National Democratic Convention and later selected as a Florida Electoral College member for the 2012 U.S. presidential election, another prestigious and historic appointment!

Additionally, he is the President of JEMO Realty, Inc, a full-service real estate and insurance company, and JEMO Enterprises, LLC, a business consulting agency. Moreover, he is a former Miami-Dade County Public School teacher and worked as an adjunct professor of management at the University of Phoenix, South Florida campus.

As an advocate for equal justice and economic development, Monestime has lectured and presented dozens of seminars. He has been a guest on several radio and TV programs on issues related to community leadership, business and financial matters, as well as local government and civism.

The Commissioner has an MBA from the H. Wayne Huizenga School of Business and Entrepreneurship at Nova Southeastern University and a bachelor’s degree in Finance from Florida International University. Mr. Monestime is also a graduate of the Senior Executives in State and Local Government program at Harvard University's Kennedy School of Government.

He is married to Kettia and they have two adult sons. 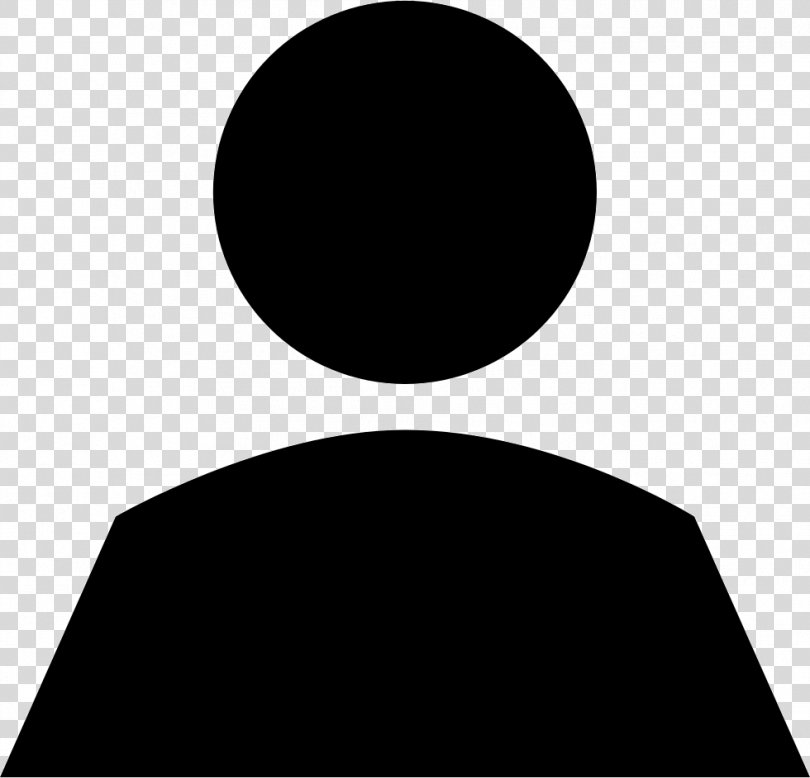 Ms. Smith-Fano is active in local, state and federal civic organizations. She received an Associate in Arts degree from Miami-Dade College, a Bachelor’s degree in Modern Languages and a Master’s Degree in Hospitality Management from Florida International University and is currently pursuing her Doctorate in Organizational leadership from Northcentral University.

Appointment By: Governor of Florida

On the international level, Chairman Diaz is an advocate for trade and forging partnerships with other nations, and he currently serves as Chairman of the International Trade Consortium Board. In March 2010, Chairman Diaz was appointed by U.S. Trade Representative Ron Kirk to serve on the Intergovernmental Policy Advisory Committee on Trade (IGPAC) and proudly served until April 2018. In this capacity, Chairman Diaz advised, consulted with, and made recommendations to the U.S. Trade Representative from the perspective of local governments. He also serves as Chairman of the International Trade Consortium (ITC), where he has been instrumental in making profitable connections for businesses on behalf of Miami-Dade County with the Caribbean and Latin America. He toured several Asian cities in 2005 (Tianjin, Hong Kong and Shanghai), met with government officials and business organizations to promote trade partnerships, and participated in a ceremony to mark a joint venture between Florida International University and Tianjin University of Commerce. He and the Asian delegation also secured a cooperative agreement for the County with Tianjin's Municipal People's Government.

Before joining the Commission, Chairman Diaz worked to resolve the ongoing flooding issues throughout Miami-Dade County as Mayor of Sweetwater. He spent countless hours lobbying in Tallahassee and Washington, D.C., and acquired the funds necessary for a Comprehensive Street Drainage Project. Chairman Diaz continues to work with local and state emergency management teams to prevent future flooding. Former Governor Jeb Bush appointed him to the South Florida Ecosystem Restoration Task Force, where he continues to advise on proposed regulations that could adversely affect West Miami-Dade's water levels.

Chairman Diaz is a strong advocate for the elderly and the military. In 2006, he spearheaded the “Seniors Never Alone” program, which ensures that enrolled seniors receive a call at least twice a week. The program is operated by the Switchboard of Miami, Inc., and each reassurance specialist engages seniors in conversation, providing emergency assistance if necessary. Chairman Diaz also served on the Greater Miami Chamber of Commerce’s Military Affairs Committee. He strongly advocated for the USS Gridley, which became the first Navy warship to be commissioned in Miami on February 10, 2007. He also organized Miami-Dade’s historic Golden Veterans Parade and 50th Anniversary Commemoration on Nov. 8, 2013 to give Vietnam veterans the long-overdue proper homecoming they deserved.

Chairman Diaz is married and has three daughters, Monique, Celine and Krystal; and two grandchildren, Marcus and Rey. He was born in Pinar del Rio, Cuba and has lived in Sweetwater, Fla., for more than 30 years. In 1979, he enlisted in the U.S. Marine Corps and was honorably discharged in December 1984. In 1986, he began his career in public service as Chairman of the City of Sweetwater Police Retirement Trust Fund Board. For the next seven years, he served on the City of Sweetwater Commission and was elected Mayor of Sweetwater in May 1999.